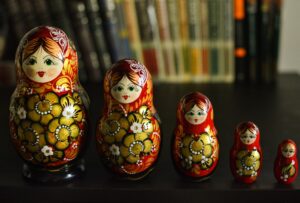 Cyprus’ highly competitive and capable service sector, EU status, British based law system heritage, competitive European tax rates and Mediterranean lifestyle are a magnet for global investors including many notable Russian business people. Politically, Nicosia has long viewed Moscow as a possible useful ally over its longstanding dispute with Turkey, which occupies its north side since 1974 but recognised only by Ankara. However, following the invasion of Ukraine, Nicosia aligned with EU sanctions and the foreign minister stated that there was no other choice than to support the “solidarity of the union”.

In a recent local newspaper poll, more than 80% of the responders said there are parallels between events in Ukraine and Turkey’s invasion. With this at heart, Cypriots had no other moral choice than to align with the Ukrainian suffering irrelevant of business ties with Russia. Nevertheless, the ties are strong and are interweaved across all functions of society, culture and business – Cyprus will be one of the key EU states strongly affected by the EU/US/UK sanctions. Eastern European tourists, are estimated at around 20% of yearly visitors on the island (at around 800k visitors) and are mainly from Russia, Ukraine and some from Belarus – as per data by the deputy ministry of tourism.

Limassol is at the centre of this Russian connection with its 50k + community receiving the majority of commerce, real estate and other activities. And surely, some local banks, real estate developers and service firms will now have to adjust business models. The European Central Bank already appointed a temporary administrator to oversee the wind-down of Limassol’s RCB Bank. This was a lender that was shaped as a subsidiary of Russia’s VTB Bank. On the day of the invasion, RCB announced the transfer of VTB’s controlling stake to its management – just hours before it was hit with EU/US/UK sanctions. RCB’s €2.8bn worth of business will now be succeeded by Hellenic bank.

By using payments and banking systems to effect a war, people and companies taking the heat will start to think about other options. Sanctioned individuals who own assets in EU states have limited choices as authorities are in the process of taking steps to revoke citizenships as set by the Council of the EU. However, beyond those individuals, there is an influx of Russians, Ukrainians and Belarusians on the island. Even if the war stops tomorrow, there will be a stable increase of highly skilled people and technology companies coming to Cyprus and not returning back soon – or never. So here is a list of things for business leaders to keep in mind under the circumstances:

Whatever the resolution of the invasion, business leaders need to understand that our current business environment has changed. This is why investors and businesses need to reconsider the strategies and models that will be utilised in the future in response to a ‘new world order’. The challenge is to be ready to act before a situation reaches the point of no return. This is the difference between being praised as socially responsible and risking a total loss of business.

We use cookies on our website to give you the most relevant experience by remembering your preferences and repeat visits. By clicking “Accept All”, you consent to the use of ALL the cookies. However, you may visit "Cookie Settings" to provide a controlled consent.
Cookie SettingsAccept All
Manage consent

This website uses cookies to improve your experience while you navigate through the website. Out of these, the cookies that are categorized as necessary are stored on your browser as they are essential for the working of basic functionalities of the website. We also use third-party cookies that help us analyze and understand how you use this website. These cookies will be stored in your browser only with your consent. You also have the option to opt-out of these cookies. But opting out of some of these cookies may affect your browsing experience.
Necessary Always Enabled
Necessary cookies are absolutely essential for the website to function properly. These cookies ensure basic functionalities and security features of the website, anonymously.
Functional
Functional cookies help to perform certain functionalities like sharing the content of the website on social media platforms, collect feedbacks, and other third-party features.
Performance
Performance cookies are used to understand and analyze the key performance indexes of the website which helps in delivering a better user experience for the visitors.
Analytics
Analytical cookies are used to understand how visitors interact with the website. These cookies help provide information on metrics the number of visitors, bounce rate, traffic source, etc.
Advertisement
Advertisement cookies are used to provide visitors with relevant ads and marketing campaigns. These cookies track visitors across websites and collect information to provide customized ads.
Others
Other uncategorized cookies are those that are being analyzed and have not been classified into a category as yet.
SAVE & ACCEPT